we’ll just let the pictures speak for themselves!! 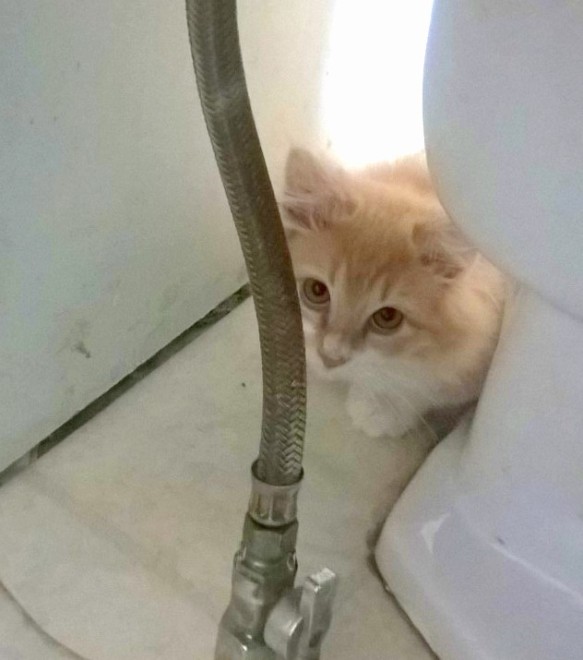 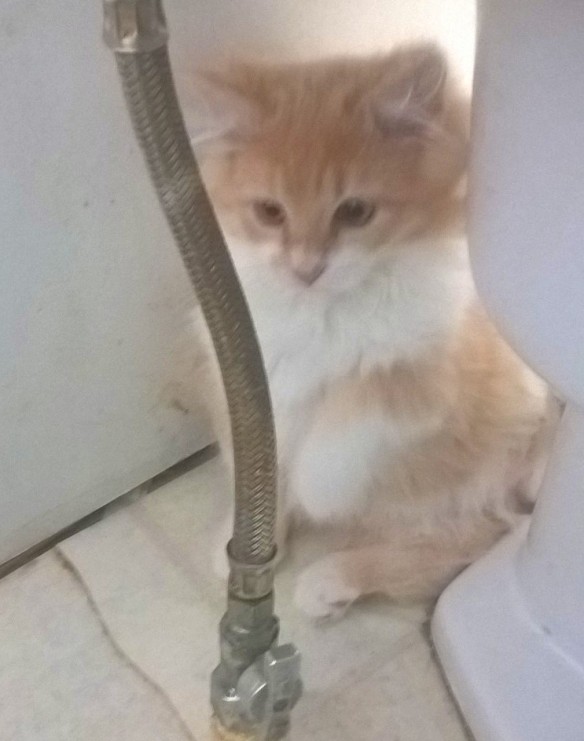 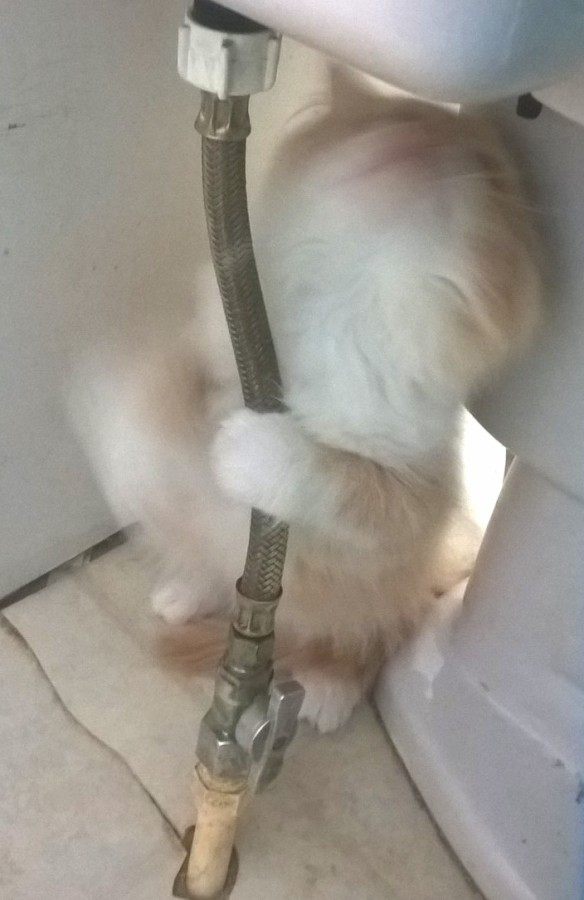 ’bout the only thing missing was the stripper music! lol  Gus is coming out of his shell!

it was another day of firsts for Gus. first time in a carrier. first time in a car. first time outdoors since his gotcha! day. and his first trip to the vet. it was a bit overdue as i originally meant to get him there about a week and a half sooner, but life got in the way and so it was this day instead. he had been having diarrhea over the weekend and i was concerned. he was also off his food. so i got him in asap that monday.

for being a tiny little feral kitty shoved into the big world of humans, he did pretty good. no crying. not when they took blood and not when they took a stool sample. he let me hold him willingly and would slink to the back of the crate whenever he could.

the stool sample came back negative. and his snap test for FeLV/FIV was negative too.

he had been having crud continuously collect in his eyes, despite my cleaning and so i was also concerned with an URI. meds were prescribed, (and by the next day the diarrhea had already cleared up) and we were sent on our way.

the vet said to keep him isolated for a good period of time, and to get some weight on him. she also said it would help with socialization too. she estimated him to be about 7 weeks and confirmed he indeed was male as well.

he was such a good baby kitty tho!! and when we got home he purred! in the safety of the bathroom of course!

the mews came from below the trailer i currently rented. it had been occurring periodically for a couple of days when i decided that i had better have it checked to make sure the owner of the voice wasn’t trapped.
there were two possibilities for entrance underneath, but for some reason exit wasn’t being made.
i had suspicions it was a kitten. the voice reminded me of Merry when she was a baby.
i began making calls to find someone to help with traps. a local TNR project answered the call, and came out first thing the next morning and set two traps.
i was absolutely certain the kitty was trapped. the mews were just so pitiful.
a while after the trap setting, i was headed out to run some errands. as i climbed into my car, something caught my eye. a flutter. something was in the trap!
it happened faster than i thought it would! i made my way over to lift up the trap and find a tiny little buff colored kitten! he was NOT happy to have me so up close and personal. he was quite scared!
i moved the trap indoors to my bathroom and opened it’s door. i still had errands to run, and i figured the time alone in the new quarters would do the little one good.

i wasn’t gone long.  i didn’t dare leave the kitten for long1  i was pretty sure the little one was a boy.  he had made his way out of the trap but was very scared.  i managed to use a blanket to cover him and pick him up.  a quick, very quick inspection of the undercarriage proved my theory: it was indeed a boy!

his expression was grumpy and i instantly bestowed him with the name grumpy gus.  his face was crusty and dirty, but overall he looked ok, albeit skinny.  he was also very feral. 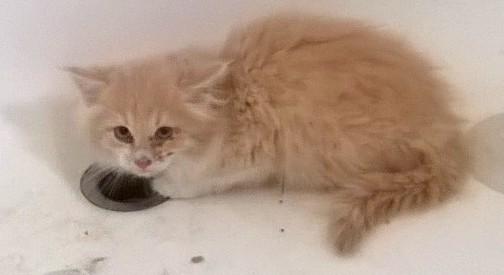 i was given a challenge!

the TNR specialist came over with litter, kitten food, and a litter pan.  she put the pressure on for me to take him in.  she didn’t need to work so hard, i already had good intentions.  the little baby had been thru enuff.  i wasn’t going to put him thru more.

Gus has been with us since before Thanksgiving now.  he’s still living in the bathroom as socializing is going slow.  Charlotte is a big help, but as she’s older now, her patience runs thin with him,  i’m working on getting Emily her sister to take a shift or two.  he is also slowly warming up to me.  it was quite the triumph when i got the little guy to purr.  now if he just wasn’t afraid of toys and me moving.  we’ll get there.

stay tuned for more on Gus and his journey, as this is just the beginning! oh…and happy new year from all of us AND Gus!

Febe. Always in our hearts

Promote Your Page Too